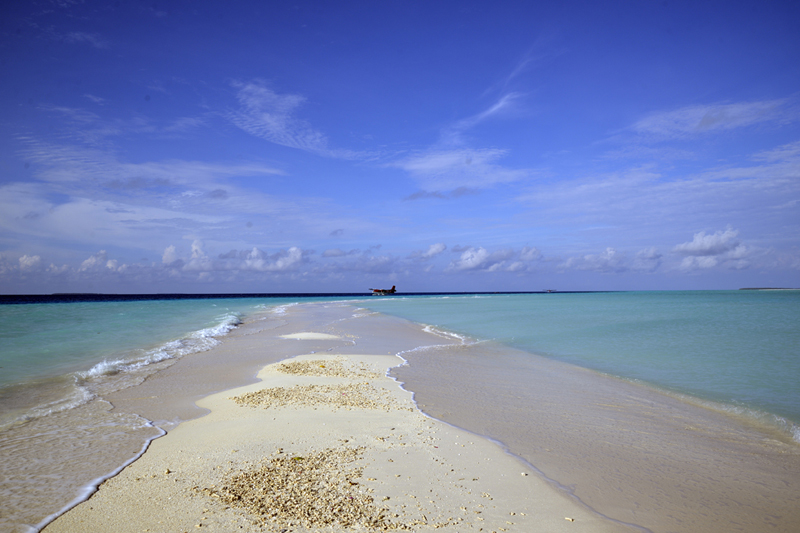 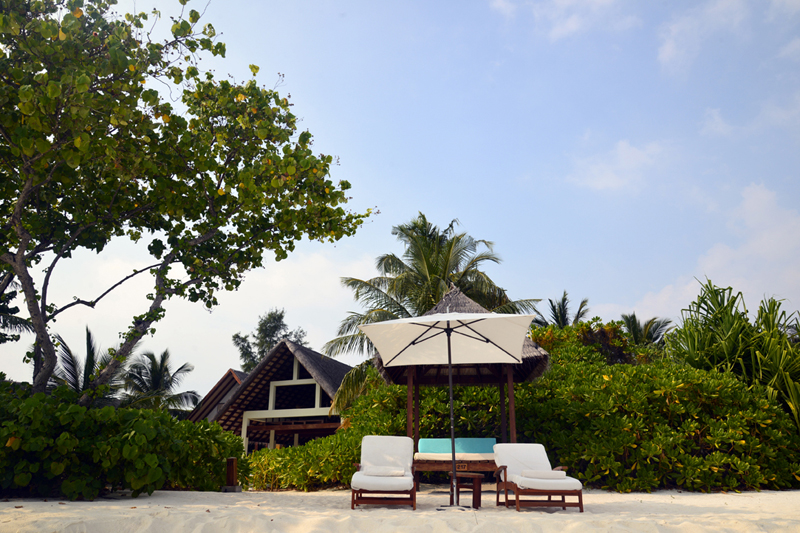 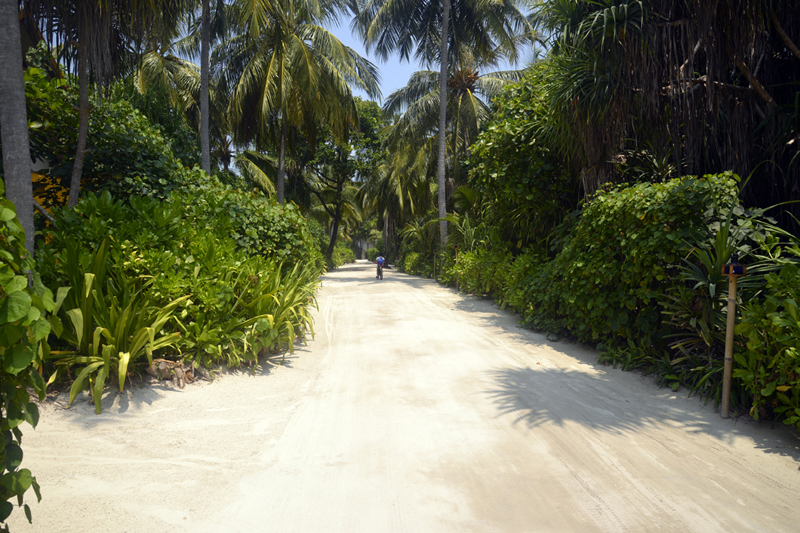 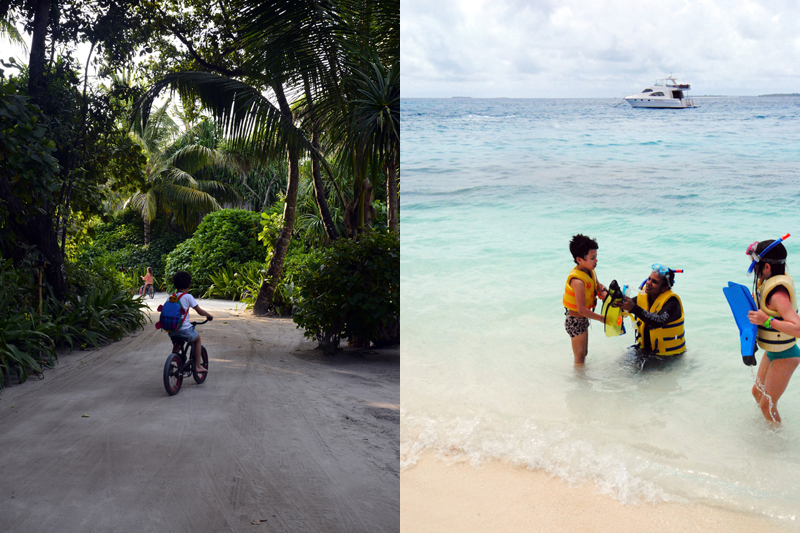 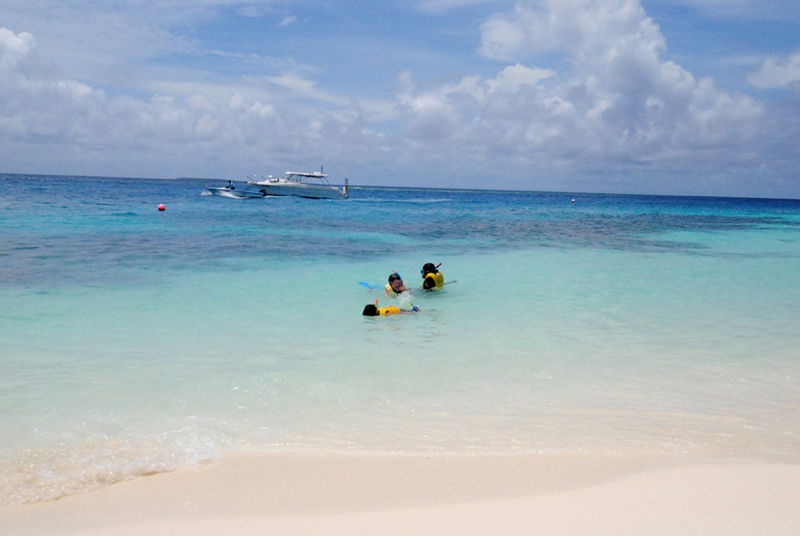 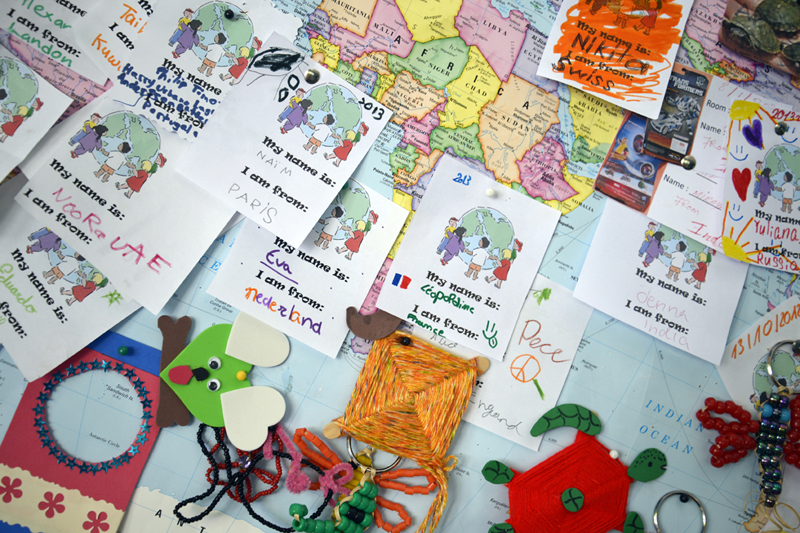 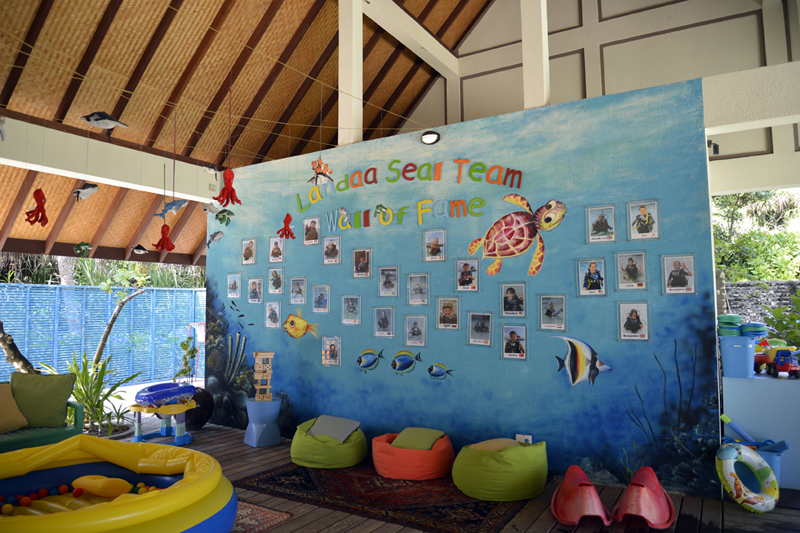 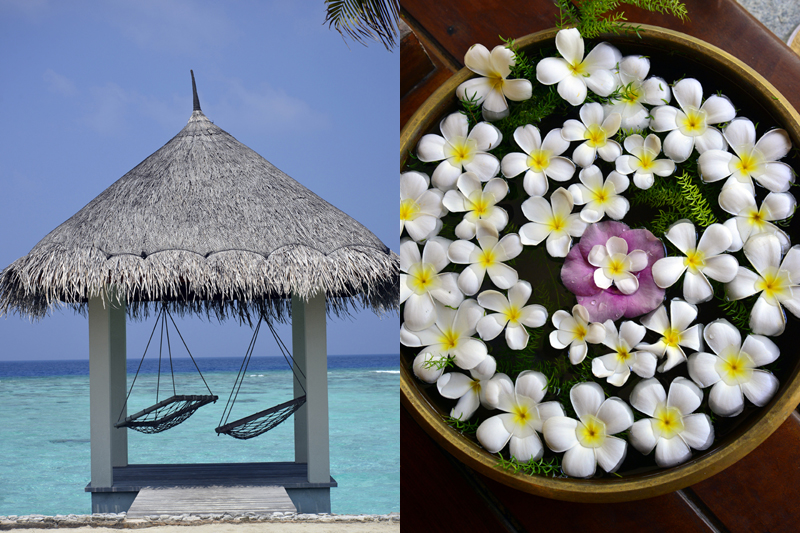 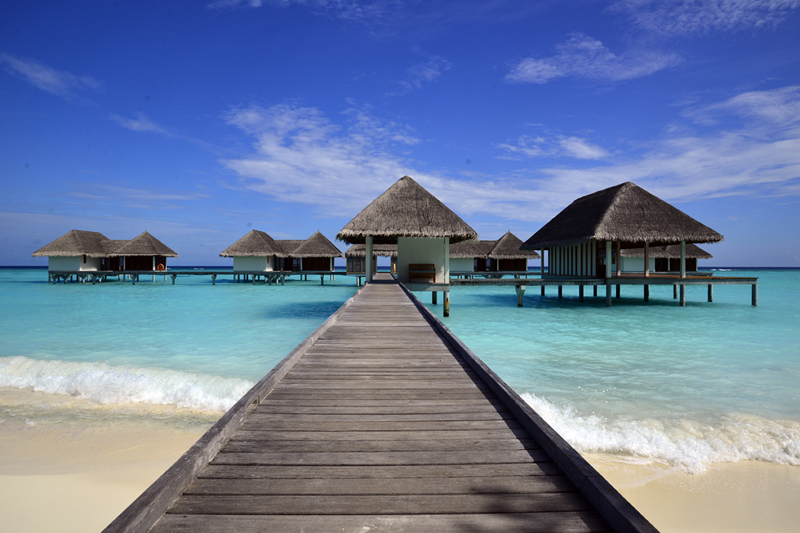 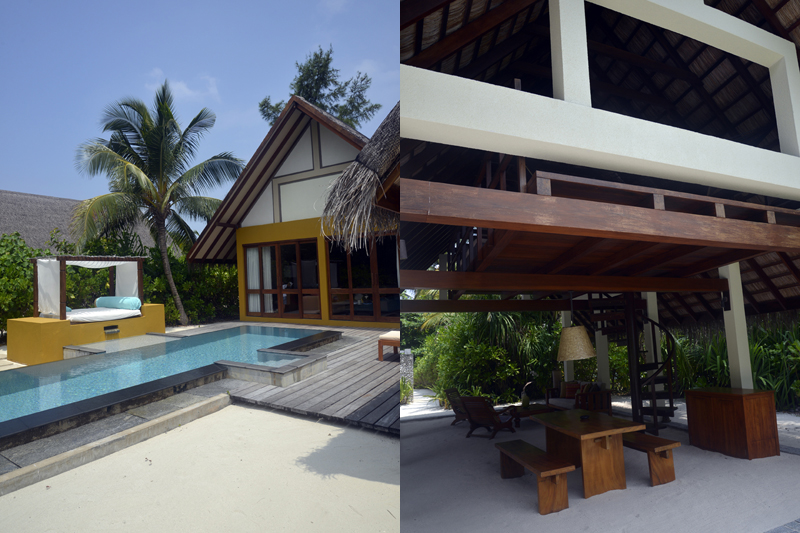 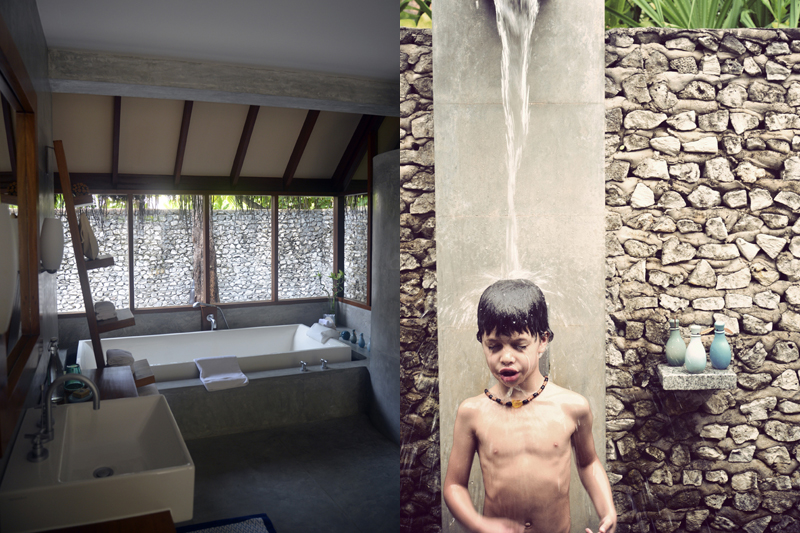 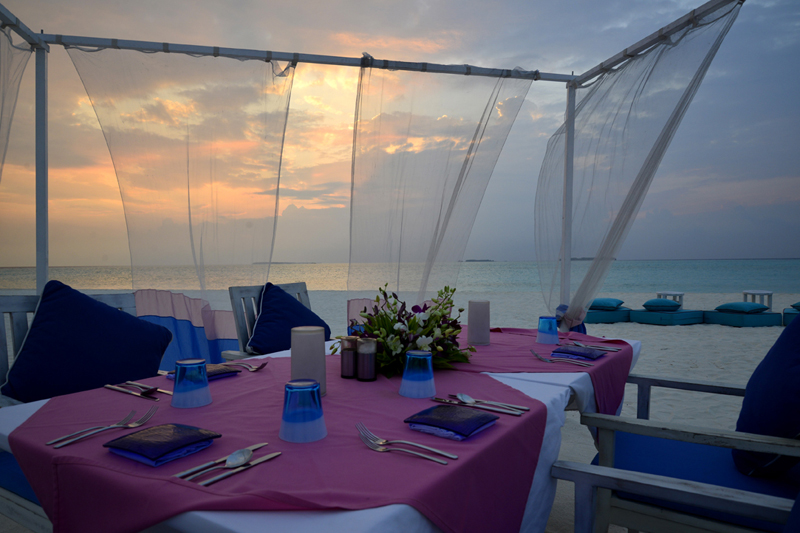 Earplugs snug in our ears, we fly over the atolls before landing in the open sea. We exit onto a floating deck, and are met by the hotel boat, which carries us swiftly to the island.

Change of scenery. We’re in the jungle.

With children, the Family Beach Villas are a safer choice. Bicycles for every member of the family are parked in front of each villa, a fabulous alternative to the little motorized carts that pick you up « at home » whenever you want.

Inside the villa are two worlds. The first, indoors, is luxurious and classic; the second, outdoors, is composed of a pool, a huge living room and a small, high-perched room, perfect for playing Robinson Crusoe or sleeping under the stars.

Children are welcomed at the Kuda Vella Kids Club (« little turtle » in Dhivehi). The wall sports a huge world map onto which everyone pins a small card with their name, age and hometown; a fun display allowing us to observe in an instant that children from all over the world get to know each other here as well. It’s a vast space, with activity rooms, a pool and a « boat » playground. But Adventure is what’s most often on the programme, and we generally run into the joyful group and its counsellors on bikes, wearing sea creature backpacks, heading to the Spa for a yoga session or to the Marine Discovery Centre.

The latter was built in 2010. Landaa Giraavaru is in the Baa atoll and, in 2011, was named a UNESCO Biosphere reserve. A true centre for research and interactive education, there is a children’s area with an aquarium allowing them to touch sea creatures, among other activities. Families can also participate in coral reef rebuilding sessions with a marine biologist, learn about fish breeding or go on an excursion to discover manta rays.

Today, sitting in the Blu restaurant, we watch as cowry shells are collected on the incredible swathe of sand before us. After a light snack, we join them and roam the island, armed with our cameras.

When the sun begins to set, an incredible ballet goes on for a brief half hour. Giant bats glide above our heads and suspend themselves in the trees lining the path, giving rise to mad dashes, shivers and lots of laughter among our little group. Next up is the sunset, which we’re now used to admiring from the comfort of lounge chairs set out on our stretch of private beach. Chopin in the background. It’s even more beautiful than what we’d imagined. 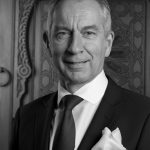 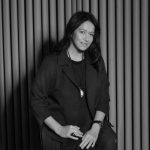 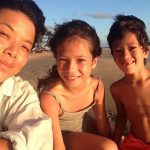 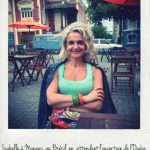 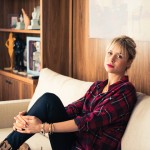 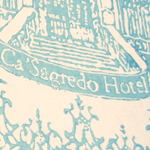 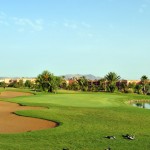 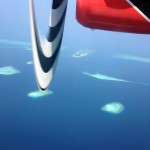 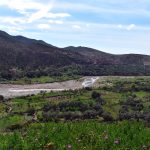 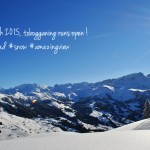 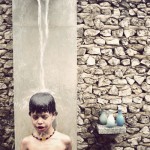 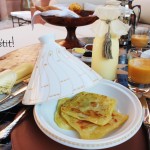 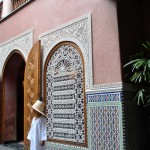 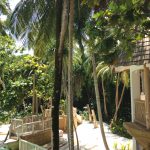 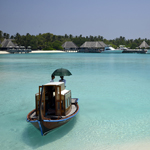